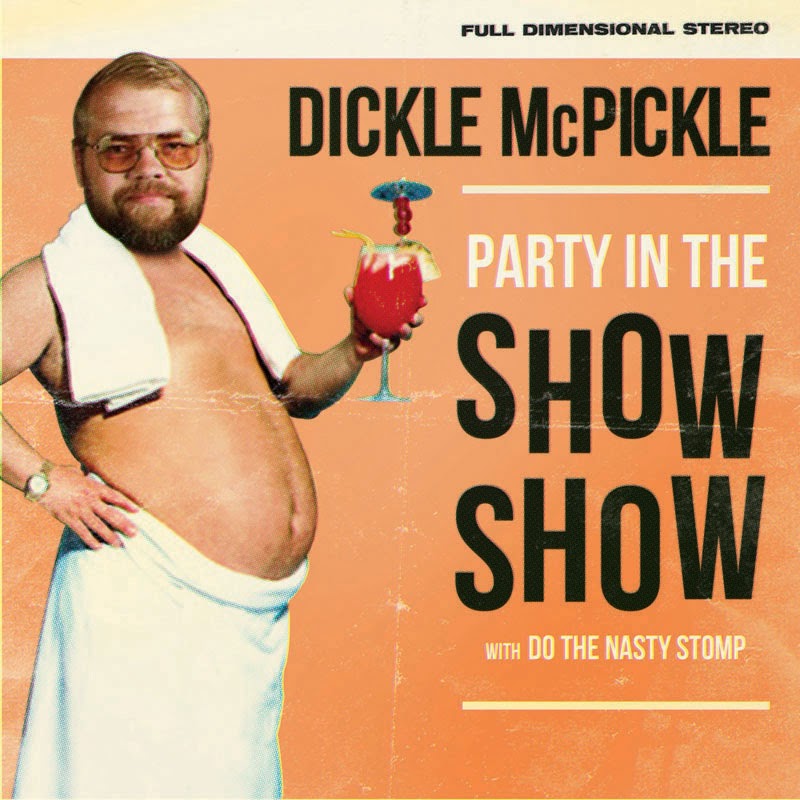 Post Passion Survivors' own Dickle McPickle strikes out on his own! "Party In The Show-Show" marks the solo debut of music's cleanest party animal, as he invites all within earshot to share the thrill of personal hygiene with him!

McPickle worked on the single in private, unbeknownst to the rest of PPS. Says bandmate Roy Gumdrops of the solo endeavor: "I had no idea he was working on this. I found out about it the same way you did: I read about it in my morning paper."

The full single is available for streaming below. If you are so inclined and decide this song is worthy of repeat listening, you can download "Party In The Show-Show" and its B-Side, the unpleasant throwaway instrumental "Do The Nasty Stomp" on my SoundCloud page. This Show-Show is Cray-Cray!

So get the shampoo out
Then you scream and shout
When you gather all o' your friends around
Well it's a surefire bet
That once you're soaking wet
The fun don't stop, like you're singing in the rain
And you do the whole thing again
As the water goes down the drain

Don't mind me
Pretend I'm not here
You're getting soapy now
It's the craziest show in town!

Kingfish
My name is Pete Pizza. I work full time as a graphic designer and illustrator. Still, I find myself drawing quite a bit for my own amusement - whether these doodles are amusing to anyone else remains to be seen! Check out a sampling of my portfolio at www.petepizza.com.